What Black History Month means to me

This year, in the context of the Black Lives Matter movement and anti-racism protests, Black History Month is more important than ever.

We talk to Advocate Françoise about what Black History Month means to her, about Black role models and historical figures, and about how Girlguiding can continue to show allyship and support to Black people in guiding and in our communities beyond Black History Month. 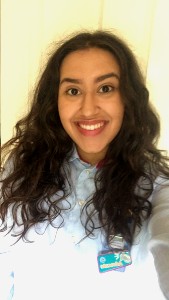 For Françoise, Black History Month is a time for celebration – “it means that Black creators and inventors of science and the arts are both appreciated and acknowledged”. For her, it’s a time to reflect on the fantastic efforts and achievements of Black individuals throughout history.

“We often find that in areas such as the UK, which have been historically dominated by those of Anglo descent, leading Black figures haven’t been given credit for their work or had their endeavours disregarded altogether because their skin complexion is darker than their white counterparts. For me, Black History Month ensures that all generations understand the contributions that Black people have made to society and wider culture - only with this knowledge can we fully understand British history.”

Which Black historical figures and role models do you admire and why?

Olive Morris - was a prominent figure in South London in the late 1960s and early 1970s, who campaigned for civil rights across London and managed to raise the profile of Black civil rights despite it not being a common concept at the time. For me, the fact that she was able to encourage others to fight for equal rights even when society was overtly racist and aligned to the value of the oppressed is admirable. Her work should inspire young women to feel empowered to campaign and fight for causes that they are passionate about, especially if the legacy of the work will be as impactful as Morris’.

Margaret Busby - was the youngest Black female book publisher in Britain. Not only did she manage to write, she also made a conscious effort to raise the profile of other Black writers to ensure that their contributions were acknowledged within society and their ideas attributed to them. Her work allowed for credit to be given to Black individuals and gave them a platform to express their views and share their experiences and thoughts. I feel this is important, as at that time society was overtly and institutionally racist and structured to favour white individuals only. Her work has created a positive legacy and has ensured that Black voices continue to be heard.

I would say that Michelle Obama and Beyonce are two role models that have inspired me. As a current Law student, I find it particularly inspiring the way that despite many teachers attempting to dissuade Michelle Obama from applying to one of the Ivy League Universities, she did so any way and managed to graduate with exceptional grades.

Further, the fact that her parents had never graduated, and despite experiencing racism on campus went on to earn a JD and become a leading figure for Black Ivy League students is remarkable. Equally, the fact that she became the First African-American First Lady in history symbolised that Black people could, and should be able to achieve anything that they desire.

I’m particularly inspired by Beyoncé’s recent humanitarian work for young African-American children and with her recent ‘Black is King’ album. It’s rare to see an individual with such a following and a presence raise the profile of issues that Black people are facing but also celebrate their uniqueness and history.

How do you think organisations like Girlguiding can continue to show allyship and support to Black people in guiding and in our communities beyond Black History Month?

I believe that organisations like Girlguiding have a responsibility and a duty to continue to show allyship and support to Black people in the wider community. Having such a large membership means that Girlguiding has the power to educate and challenge evident misconceptions from a national platform.

Girlguiding should continue to work with their members and the wider community on the topic of racism - how  it’s relevant to everyone and how we can begin working together to actualise a nation which is more equal, diverse and inclusive in every sense. We must ensure that we are an environment where girls feel that they can be themselves regardless of their background, and that unit meetings are a space for private discussions and talking openly.

Education can take many forms in guiding, for example through unit meeting activities and national events that bring the topic to the forefront of our members’ minds. However, education must expand to non-members and those that would not normally be affiliated with Girlguiding. For example, local communities and groups could partner with units to discuss the issues and educate one another from different and diverse perspectives.

Through education, guiding can ensure that the next generation of girls and leaders understand that racism is not tolerable in any way, and we’ll work to ensure that institutionalised racism is eradicated at every level. Further, the continued sharing of resources (books and videos) and development of discussion groups should be encouraged to ensure different perspectives are heard and views are actively challenged.

I believe we can continue to show allyship through our alumni and partner network. It is important that current and former employees and members of Girlguiding feel empowered to speak about their experiences, and that whatever they detail will be listened and acted upon. Further, Girlguiding has a duty to ensure that units that may not have had as much direct or personal exposure with racism understand that it does exist and can hear it from a relatable perspective. This is why I think we must utilise Girlguiding networks to ensure that the message of allyship continues to be adopted throughout the country.

Lastly, due to Girlguiding’s history of being an all-girls, inclusive environment which uses its collective power to benefit those within the wider community, we must become a space for inclusivity. I believe Girlguiding should undertake a positive campaign to try to make Girlguiding attractive for everyone from all kinds of backgrounds. For example, could an event take place nationally on being an ally as a young person, the importance of culture and community and diversity specific events such as on languages, practices, and customs?

This year Girlguiding have created unit meeting activities for each section to explore and celebrate Black History Month during October and beyond, why not give them a go?

If you're unable to fit them into your term plan for this month, that's no problem, they're here to stay and we encourage all units to use them at some point throughout the year.

More about volunteering for Girlguiding

Whether you’re new to Girlguiding or have been involved before, there's a rewarding and fun volunteer role for you

Whatever your experience, as a volunteer you'll meet people, gain skills and do something good for your community

To find out more about volunteering with Girlguiding, start by registering your interest