The hip bone’s connected to the...

DePuy Synthes makes knee and hip implants for all sorts of patients as well as the tools needed to help surgeons with the operation.

This badge challenges Brownies to learn about inventions, come up with new ideas and think about how they’re tested.

We spoke to some of the team based at DePuy Synthes’ Leeds office about the hip replacements they manufacture and why it’s important to test inventions.

What is a hip replacement?

Sometimes when a hip is damaged doctors decide its essential to remove it and replace it with an artificial ball and socket joint. DePuy Synthes develops replacement hip joints and the tools surgeons need to make sure the new joints fit properly. 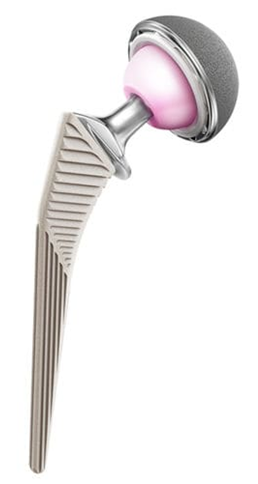 For young people, the most common reason is arthritis, this means the shock absorbing cartilage that reduces friction in the joint has worn down. That’s really painful. DePuy Synthes design replacement joints that aim to increase mobility and remove pain to keep people moving!

What is the youngest and oldest person to have a hip replacement?

Most people who need a joint replacement are middle aged or older, but there have been special cases where young people have required a hip replacement1. Generally this would be avoided especially if the young person's bones are still growing! There have also been cases of people over 100 having successful hip replacement surgery.

What are they made of?

Titanium, cobalt chrome or ceramic (Did you know medical ceramic is totally unreactive with the human body?)

It’s really important that implants are well fitted and tested so that they last a long time. DePuy Synthes has robots that test things for them- although we know Brownies won’t have machines, have a think about how you can test inventions at home.

The first step in the testing process is to find out if it works. You’ll need to think about where the weaknesses are, and how it helps the person you’ve invented it for.

There are two types of testing DePuy Synthes does on hip replacements. One is called tribology, which means how they wear away and how long they last for.

DePuy Synthes have a robot which mimics different people's walking styles. Think about how a 7-year-old Brownie moves in a different way to a 65 year old unit leader. This robot could test how long a Brownie could skip for to make sure it’s going to last for long enough.

The second type of testing are bio-mechanical tests, which test the strength of the hip joint. When you invent anything, no matter how small, it’s really important to test it so you can make sure it’s strong enough for the job.

DePuy Synthes also tests the surgical tools that are built for joint replacement surgery so that surgeons have all the right equipment to operate quickly and easily. Everything DePuy Synthes does is to make patients mobility better and surgeons’ jobs easier. This tool helps a surgeon put the hip socket into the patient. 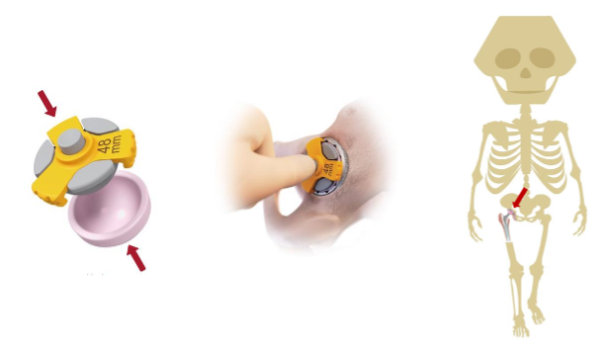 Can a person do what they used to do after the operation?

DePuy Synthes aims to design implants so patients can do what they used to. Sometimes, it’s not possible, but Andy Murray has a hip replacement and still plays tennis. The goal is to get the patient back to being healthy so for a child that hopefully means they can still run and play sports.

What do you think you would invent to help patients who have had a hip or knee replacement?

Any questions? Speak to the Partnerships team at [email protected] or send us a message on social media.

Did you know the ice cream maker, the first solar-powered house and stem-cell isolation were all invented by women?

Give girls an amazing guiding experience

Involving girls in decisions and planning

Relating to girls and young women