This Anti-Bullying Week, Action for Change member Rio tells us about her campaign to tackle bullying and how her own experiences have inspired her

Stand up and say no to bullying 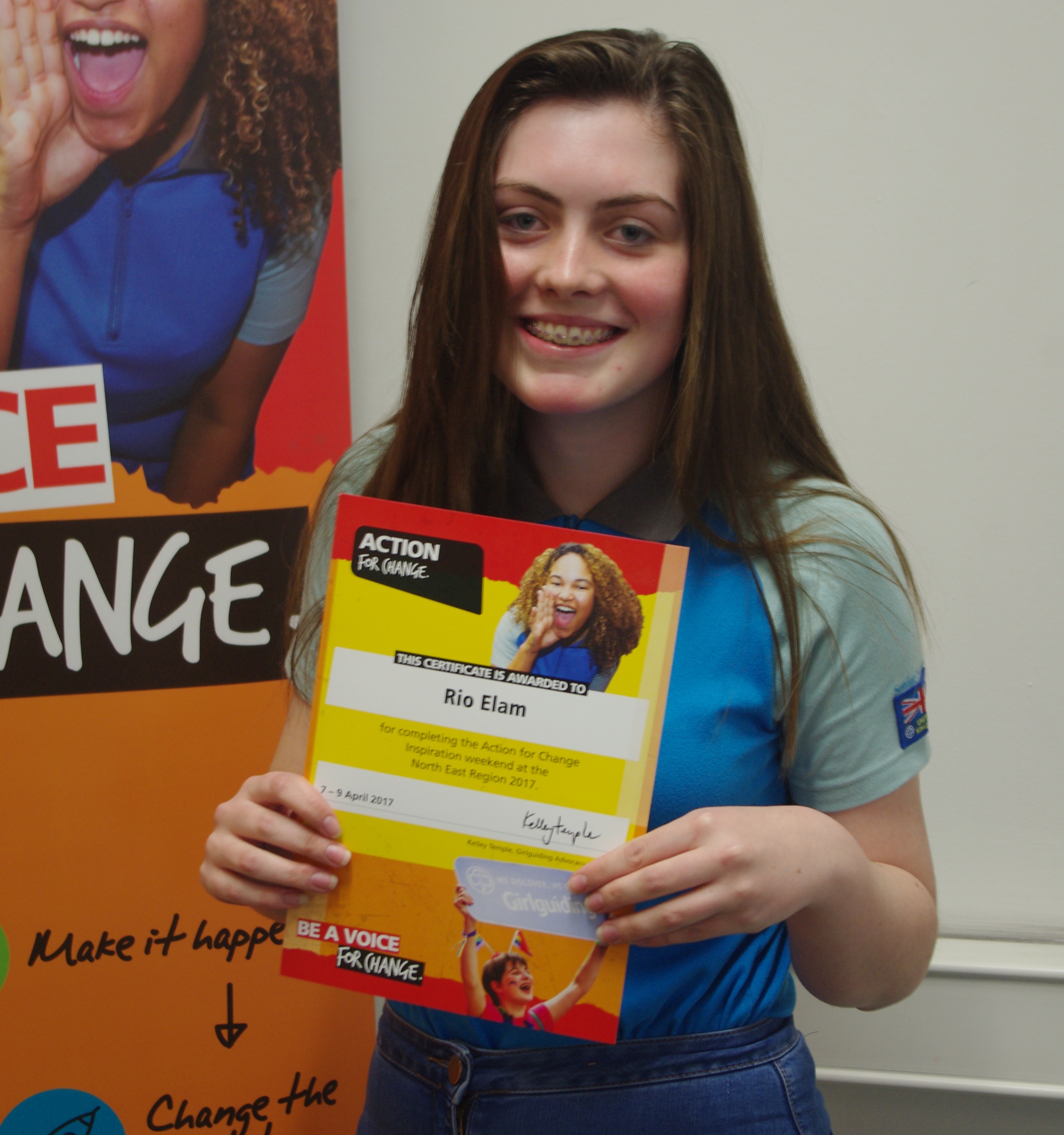 In April I joined Action for Change North East England. Action for Change is Girlguiding's girl-led advocacy network. After attending an inspiration weekend I’m now working on a social action project to make a change.

As you have probably guessed by the title, my Action for Change project is about bullying and how people tend to address the situation. In my experience, I have found that people don't seem to take action because they don't see how it really is affecting you.

I have begun a blog and this Anti-Bullying Week I will be involved in an assembly at school to raise awareness and tackle the issue. My project has really helped me gain a lot more confidence in speaking out about what I believe in.

When I was bullied, it was one of the most difficult times in my life – it was the only time I've ever felt this depressed. I really didn't think or know how it was going to end.

At the school I was attending, teachers seemed to think that it wasn't really bullying. But frankly, I think going home crying every night is a clear sign of bullying taking place.

The only people that did help me were my family and I couldn't have pulled through it without them. Having my family by my side for support was something not all people have, so I am really grateful.

Nobody should have to go through bullying on their own. Through my Action for Change project, I hope to inspire people to speak out about bullying and even speak about their own experiences.

I want to show people that you can make it through. I want people to know that they're not on their own; there are many other people who have or are experiencing bullying. So by raising awareness through my blog and speaking in schools, I hope that people feel they can speak out.

I'm now at a new school and things couldn't be going any better. I have had so many opportunities thanks to this school and they tackle bullying whenever the issue is raised.
Being bullied is something nobody should have to go through, whether it's on their own or they have other people to help them.

Rio has printed badges, started a blog and spoken in assembly to get people talking about bullying

Ways you can help

Unfortunately, bullying can happen anywhere, at any time, in any place. So I need your help to prevent it.

There are several things you can do if you're the victim:

Things to do if you know someone is getting bullied

There are lots of other ways you can prevent bullying, and these are just a few. You can find more advice on the Childline website.

If you, like me, feel passionate about ending bullying, then please take a few minutes to read my blog. On my blog you will find more information about my project and my experiences.

Action for Change is all about girls and young women making change to their communities and beyond.

Action for Change is supported by the Esmée Fairbairn Foundation

Girls like you are a powerful force for change. You can lead campaigns to improve the lives of all young people

We can connect you with girls and young women across the UK, ready to share their views and experiences